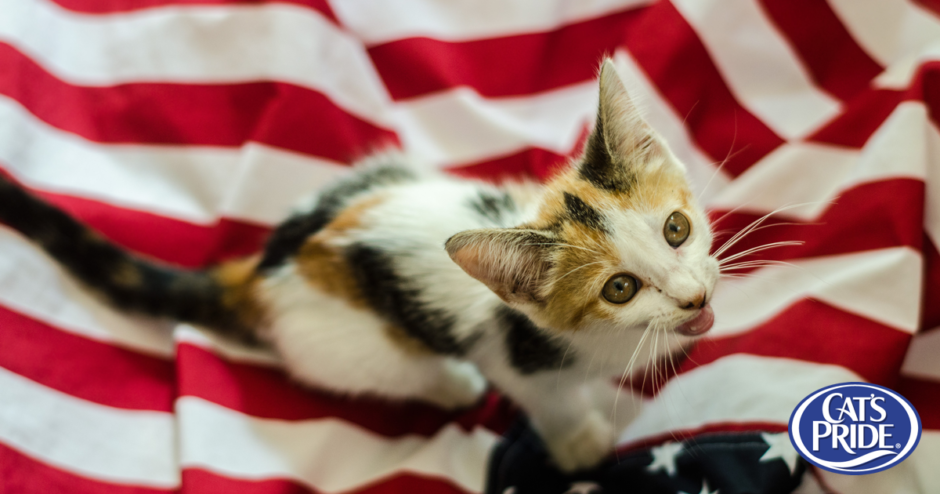 You might not associate cats with American history, but you’d be surprised how many furry felines snuggled with some of history’s most well-known figures!

Abraham Lincoln
Honest Abe wasn’t the only one in his family who didn’t tell a lie. His wife, Mary Todd, was asked what her husband’s hobbies were, and all she said was, “Cats.” President Lincoln kept Tabby and Dixie, the two First Cats, in the White House, and even said Dixie was smarter than his whole Cabinet!

The Siamese Trend
America’s 19th President, Rutherford B. Hayes, set in motion what has since become a popular trend: having a Siamese cat in the White House. Born in Thailand, Siam became the first, but she was followed by Shan, who lived in Gerald Ford’s White House, and Misty Malarky Ying Yang, who lived in Jimmy Carter’s White House. What a name!

Benjamin Franklin’s Sayings
Benjamin Franklin was an extremely prominent figure in the beginnings of America as we know it today, and his sayings are still commonly used. His fondness of cats as a focus for metaphors brought us, “The cat in gloves catches no mice,” “A countryman between two lawyers is like a fish between two cats,” and more. He must have been a big fan!

When you think of cats throughout history, Ancient Egypt probably springs to mind. But let’s not forget the kitties who brought warmth and fun to the White House and beyond before the White House was even built!